Case Study: IGBTs are the Gatekeepers of Current 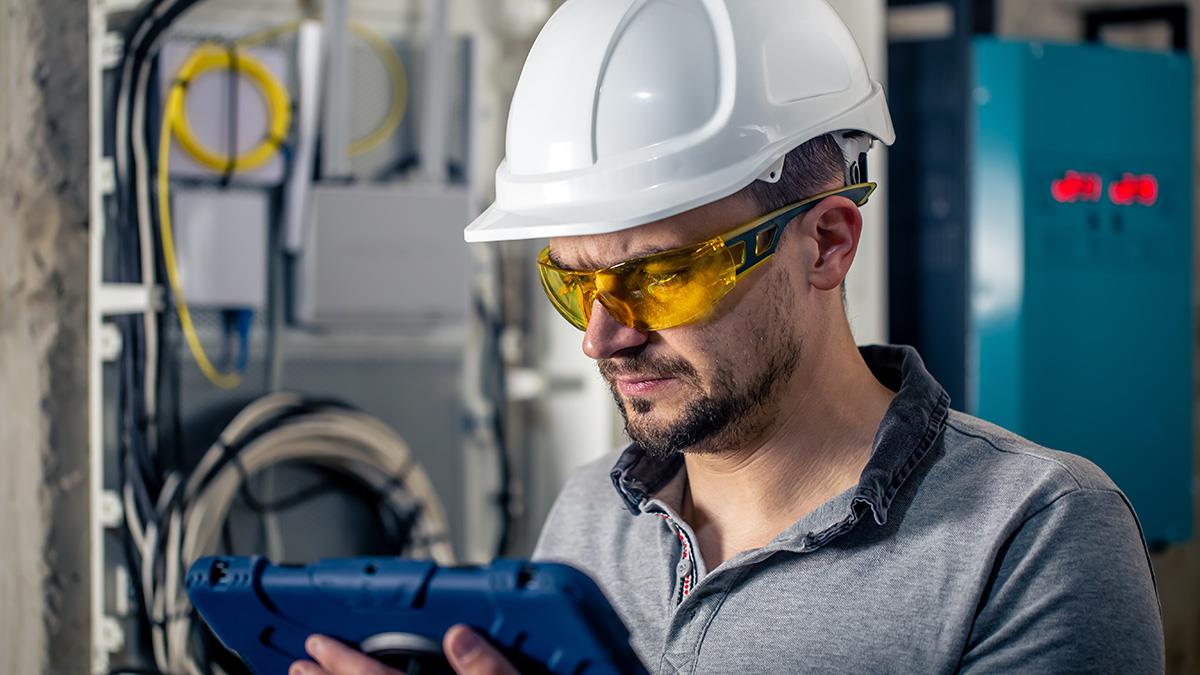 There are many reasons why a part or piece of equipment might begin to fail. From contamination to wear modes and even basic equipment aging, the threats seem to hide around every corner. But through the utilization of experienced technicians and multiple condition-monitoring technologies and techniques, unplanned asset failures can be prevented.

While many may think of failure in the form of incorrectly maintained equipment or faulty lubricant application, failure can also take place in electrical systems. When this happens, the correction process remains the same. By identifying the issue and taking corrective actions using vibration analysis and thermal imaging, a change in condition can be identified and a treatment plan can begin. One area where a facility might experience electrical issues comes from the IGBT.

An insulated gate bipolar transistor (IGBT) is a bipolar transistor responsible for achieving fast electrical current switching – less than a nanosecond – with higher current loads while reducing the number of switch losses. Since their arrival in the 1990s, IGBTs have often been considered a great balance between bipolar junction transistors (BJT) and field effect transistors (MOSFET) while meeting the demands left unfulfilled by these devices.

Because of their high switching speeds and ability to handle large amounts of current, IGBTs have been used frequently in high-power electrical components for industrial applications, such as power suppliers, inverters, and converters. As the performance of IGBTs has gained popularity, they have also made their way into more commonplace items, such as electric cars and household appliances.

In this case study, a technician was performing a routine survey when it was discovered that there was a change in the condition of one of the machines. Once this was properly noted, an investigation using vibration analysis and infrared thermography was applied to discover the root cause. Because of these condition-monitoring techniques, a diagnosis was able to be provided.

In this case, it was reported that there was an electrical issue with the variable frequency drive, more specifically with the 4 Pole 50Hz AC motor on the Siemens Variable Frequency Drive. This asset has two of the same motors, each of which is under the same load and driving identical rollers to crush and grind product. It was discovered that one of the motor’s electrical activities had increased and was experiencing temperatures 10℃ warmer than the second comparable motor.

From this, the variable speed drive history parameter was investigated, which confirmed it was indeed an electrical issue. Further analysis carried out by the site electrical supervisor pinpointed the IVI (Interface Value Inverter) card as the issue. The IVI card controls numerous optic connections controlling the IGBT. The card was replaced and the vibration, temperature, and current reverted back to normal.

The dominant change in condition within the vibration data was an appearance of running speed electrical frequency in the PeakVueTM data, and the increase in the high-frequency electrical activity.

Figure 1 (below) compares the last four PeakVueTM Acceleration spectra taken from the motor non-drive end (NDE). This displays the normal 2xLF activity and then the appearance of 1xLF activity in this survey. Figure 2 (below) compares the last two Velocity spectra. This shows the increase in the high-frequency electrical activity. The top plot is the normal activity, and the bottom plot is with the defect. In Figure 4, the trace shows the current varying under load conditions. Motor windings were overheating, with Phase 1 winding getting higher temperatures than 2 and 3.

Figure 5 features the Phase 1 current under load conditions, only reading the positive part of the cycle. Figure 6 compares Phases 1 and 3 motor currents under load conditions. Note that phase 1 only has the positive part of the cycle. The IVI card in the inverter was replaced. The plot in Figure 7 is Phases 1 and 3 of motor current equal under no load conditions after changing the IVI card. Upon start-up, temperatures reverted back to normal. Equipment and parts can fail for a host of reasons. That’s why it’s imperative to have a highly trained staff capable of detecting and correcting issues as they occur to mitigate any negative outcomes that would otherwise arise.  By applying condition-monitoring strategies and technologies such as vibration analysis and thermal imaging, a facility can begin to experience new levels of efficiency and system health.

Available from the Noria bookstore at https://store.noria.com/products/book-of-gold-practical-condition-monitoring-case-studies

About the Author
James Sylvester

James Sylvester started as an apprentice fitter-turner (millwright) and, after ten years in the Mechanical Engineering and Maintenance trade, made the move into Condition Monitoring and Reliabil...

Read More
Related Articles
Case Study: PetStar's Road to Reliability Success
Single-point Lessons: An In-depth Look
Leveraging Plant Shutdowns to Create a Culture of Continuous Improvement
FMEA Explained: What Is It and How Do You Implement It?
Featured Whitepapers
How to Cost Justify a Lubrication Program
Bridge the Gap