Process for identifying the true source of bearing failure 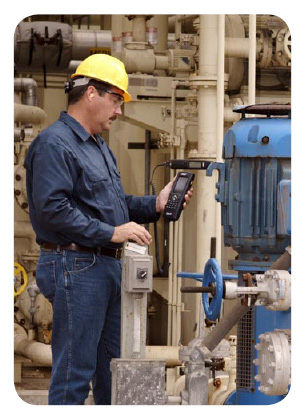 Symptom: A cement plant has eight overhung fans running 24 hours a day, 7 days a week. The fan shafts are supported by spherical roller bearings in split pillow block housings. The fans have been in service for more than 15 years, and share a common support platform. Within the last year, the bearing failure rate has been accelerating rapidly, and replacements are now occurring monthly. Operators have noted a marked increase in vibration in the area over the same timeframe.

Answer: If you guessed the bearing rings were spinning in the housing due to imbalance, you're halfway there: But what's driving this behavior? There are several possible root causes, such as wear of fan wheels, shrouds, missing components (half-keys, for example) or simply improper initial balancing. Excessive imbalance can induce outer ring creep, which is why the high polish in the OD surfaces was observed. The 360 load zone is also from the imbalance. Find and correct the imbalance: did anything happen a year ago (process change, maintenance or operations personnel change, etc.) that might be contributory? After startup, measure vibration signatures to comply with local or ISO standards to verify the imbalance has been corrected.

What about the other bearings? These are showing signs of secondary damage. High vibration from the two bad machines is transmitted to the other fans sharing the support. Mix this ambient vibration with a bit of cement dust and you have a perfect recipe for "washboard" abrasive wear.

Moral: Examining failed bearings inside and out is a key best practice for uncovering root causes of failure. But we must also learn to couple the postmortem with a sound knowledge of machine history, operating conditions, and current diagnostic and performance data to get a complete picture of the failure cause. Otherwise, we risk an incomplete conclusion, which could lead to the application of improper (and often ineffective) corrective actions. Another key practice is to verify the effectiveness of the corrective action. Did our change work? Using a minimum of two condition monitoring measurements (vibration, temperature, oil analysis, etc.) to verify results is a good idea.

If the bearing failure terms discussed above are unfamiliar, get smart: SKF provides training in bearing failure analysis several times a year, nationwide, or at your site.