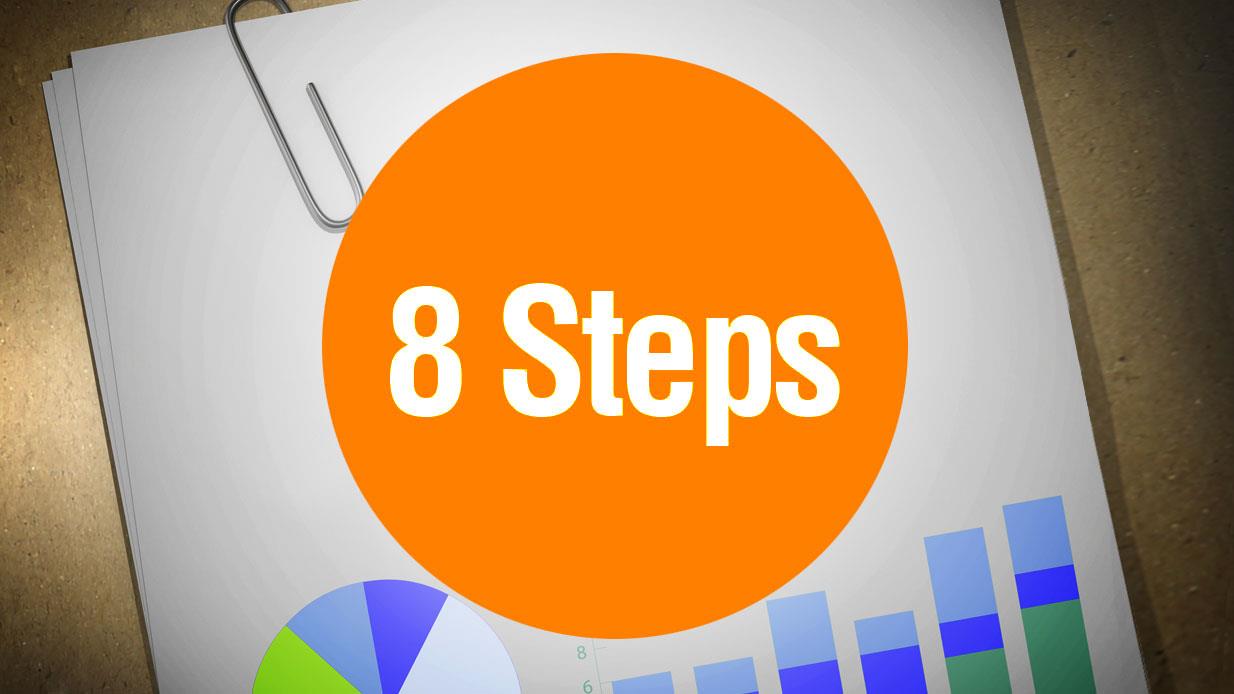 A Pareto chart provides facts needed for setting priorities. It organizes and displays information to show the relative importance of various problems or causes of problems. It is a form of a vertical bar chart that puts items in order (from the highest to the lowest) relative to some measurable effect of interest: frequency, cost or time.

The chart is based on the Pareto principle, which states that when several factors affect a situation, a few factors will account for most of the impact. The Pareto principle describes a phenomenon in which 80 percent of variation observed in everyday processes can be explained by a mere 20 percent of the causes of that variation.

Placing the items in descending order of frequency makes it easy to discern those problems that are of greatest importance or those causes that appear to account for most of the variation. Thus, a Pareto chart helps teams to focus their efforts where they can have the greatest potential impact. They are a key root cause analysis tool.

Pareto charts help teams focus on the small number of really important problems or their causes. They are useful for establishing priorities by showing which are the most critical problems to be tackled or causes to be addressed. Comparing Pareto charts of a given situation over time can also determine whether an implemented solution reduced the relative frequency or cost of that problem or cause.

Here is an eight-step method for creating a Pareto chart:

Step 1
Develop a list of problems, items or causes to be compared.

Step 2
Develop a standard measure for comparing the items.

How often it occurs: frequency (e.g., utilization, complications, errors)
How long it takes: time
How many resources it uses: cost

Step 3
Choose a timeframe for collecting the data.

Step 4
Tally, for each item, how often it occurred (or cost or total time it took). Then, add these amounts to determine the grand total for all items. Find the percent of each item in the grand total by taking the sum of the item, dividing it by the grand total and multiplying by 100.

Step 5
List the items being compared in decreasing order of the measure of comparison: e.g., the most frequent to the least frequent. The cumulative percent for an item is the sum of that item’s percent of the total and that of all the other items that come before it in the ordering by rank.

Step 7
Draw a line graph of the cumulative percentages. The first point on the line graph should line up with the top of the first bar. Excel offers simple charting tools you can use to make your graphs, or you can do them with paper and pencil.

Step 8
Analyze the diagram by identifying those items that appear to account for most of the difficulty. Do this by looking for a clear breakpoint in the line graph, where it starts to level off quickly. If there is not a breakpoint, identify those items that account for 50 percent or more of the effect. If there appears to be no pattern (the bars are essentially all of the same height), think of some factors that may affect the outcome, such as day of week, shift, age group of patients, home village. Then, subdivide the data and draw separate Pareto charts for each subgroup to see if a pattern emerges.

This article was developed from the Quality Assurance Project (QAP), funded by the U.S. Agency for International Development (USAID).

Related Articles
Operational Excellence: An Overview
Fishbone Diagram: Determining Cause and Effect
The 5 Whys Method: Getting to the Root Cause Quickly
Poka-Yoke Explained
Featured Whitepapers
Lubricant Consolidation and Organization
Calibration of Industrial Accelerometers