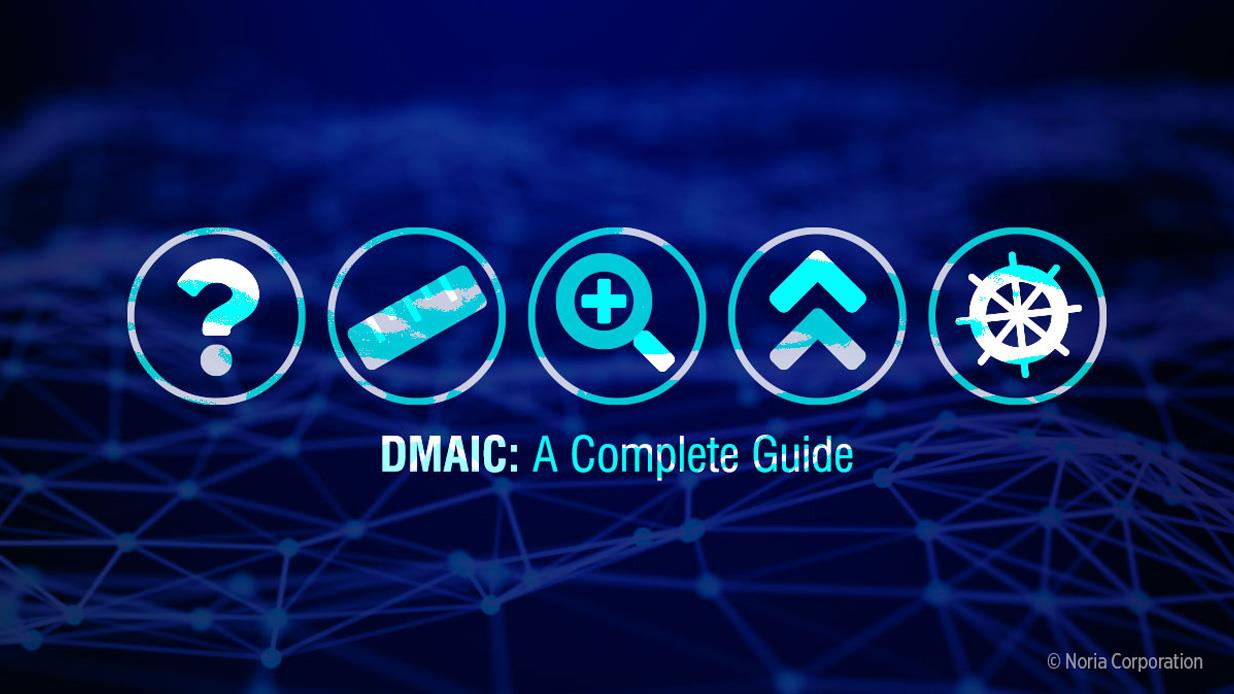 DMAIC is one of two methods used to implement Six Sigma. It stands for define, measure, analyze, improve and control. Below, we'll talk about how to implement DMAIC, the five phases and more.

DMAIC (pronounced də-MAY-ick) is an acronym for define, measure, analyze, improve and control. This data-driven improvement process is intended to detect and eliminate inefficiencies that result in defects. Though not exclusive to Six Sigma, it's one of two methodologies used to implement Six Sigma, which is designed to improve existing processes and projects.

Before using DMAIC, it's important to evaluate whether it's the right tool for your situation. DMAIC can't be employed in certain circumstances or scenarios, such as to design or create new processes. Its main focus should be on improving existing processes and projects. There are a few specific conditions to consider when deciding if DMAIC is a good fit, including the following:

Once you've determined that DMAIC can potentially have a significant impact on your current processes, you can dive into the five steps of implementation: define, measure, analyze, improve and control.

The 5 Phases of DMAIC

The define phase of DMAIC starts with a question: "What problem would you like to fix?" To answer this question, the team should put together a project charter, an all-encompassing living document that outlines a problem statement, a goal statement and a timeline. Your team uses the project charter to clarify things like issues being investigated, why you're examining them and what a successful outcome should look like.

The measure phase of DMAIC shows you how your current process is performing, which highlights the magnitude of the problem(s). It's all about gathering your data for analysis. Before we discuss the measure phase processes, let's go over some key definitions.

Now that you understand these terms, let's see how they fit into the type of data we're going to collect and measure: defects per unit (DPU), defects per opportunity (DPO) and proportion defective (p).

The analyze phase of DMAIC answers the question: "What's causing the problem?" This is where your team gets to the true caus(es) of the issues by doing a root cause analysis. The idea behind the analyze phase is not to implement solutions but to resolve problems. You do this by brainstorming potential root causes, developing a hypothesis as to why the issues exist and then working to substantiate the hypotheses. Teams should look at process and data analysis before coming up with solutions. Process analysis includes:

Graphically display data: Visually displaying collected data in charts can transform numbers into visuals, allowing the team to easily see and communicate findings to each other as well as to leadership for analysis. Popular graphs include run charts, histograms, Pareto charts and box plots.

Identify the root cause of the problem: One of the best tools available for process analysis, data analysis and root cause analysis is the fishbone diagram. It uses six categories to brainstorm causes of a certain issue: manpower, method, machines, measurement and Mother Nature. This tool is used together with the Five Whys technique, another brainstorming tool where you ask "why" at least five times. For example, why did machine "A" stop working? Because the circuit overloaded, causing a fuse to blow. Why was the circuit overloaded? Because the bearings locked up due to insufficient lubrication. And so on.

Update the project charter: Once you've determined the root cause(es) of the problems in question, you can update your project charter with any new information. Once the analysis phase is complete, many teams swap out team members because they may find the root cause stems from another department that doesn't have representation on the team. It's important to have the correct team members before moving onto the improve phase.

At this point, all your hard work has paid off; you finally know what's causing the problem(s) in your current process. Now, it's time to come up with a solution to the problem. The improve phase of DMAIC is where your team once again puts their heads together and brainstorms possible ways to mitigate these newly discovered root causes to the problem at hand. The goal of the improve phase is to identify solutions, test process changes, implement the solutions, and finally collect and analyze data to ensure the changes show measurable improvement.

Remember when we updated our project charter and made sure we had the right team members on the team after the analyze phase? This is where that becomes important. It's essential to have team members whose departments will directly be affected by these impending solutions. There are five techniques the team can use to come up with solutions: The problem is fixed, a solution is in place and improvements are being tracked. Now it's time to sustain the solution to where the new process maintains the positive changes. The control phase of DMAIC is where your team creates a monitoring plan to measure improvements of the new process(es) and a response plan in case there is ever a dip in performance.

DMAIC vs. DMADV: What's the Difference?

If you recall, we mentioned DMAIC as one of the two methodologies for implementing Six Sigma. The second methodology is known as DMADV: define, measure, analyze, design and verify. Both methods are designed to improve efficiencies in a process and make them more effective; however, DMADV is meant to be employed when developing new processes as opposed to fixing existing ones.

To further understand the two, let's break down the similarities and differences between DMAIC and DMADV. Both DMAIC and DMADV use structured methods to solve problems, reduce variation in a process and make the process more efficient. They both collect and analyze data that guide decision-making; utilize teams who work together to solve problems; focus on the customer; and use many of the same tools (charts, graphs, brainstorming, etc.).

There are some important differences between DMAIC and DMADV. As previously mentioned, DMAIC looks to correct a current process, while DMADV is implemented into the design phase. DMAIC takes a reactive approach by reducing or eliminating defects; DMADV is proactive by preventing defects in the first place. DMAIC works by implementing very specific solutions; DMADV is part of the solution from the beginning. Finally, DMAIC implements controls to sustain improvements; DMADV seeks to verify and validate the finished design before implementation.

One of the best examples for how implementing DMAIC and Six Sigma can impact business performance is that of Continental Mabor, a tire manufacturing company in Famalicao, Portugal. A study done by professor F.J.G. Silva from the school of engineering at Polytechnic of Porto in Portugal examined how Continental Mabor improved the rubber extrusion process of both the tread and sidewall, reducing wasted material in the process. The study analyzed how the company used the DMAIC process to accomplish its goals.

Continental Mabor was seeking to improve the rubber extrusion process, specifically in the mixing, preparation and construction departments. The process works like this: The mixing team obtains the raw materials and transforms them into compounded sheets. The preparation team uses these sheets on seven extrusion lines, which all focus on the tread and sidewall of the tire. In this case, the construction team is the "customer" in the DMAIC process.

During the design phase, Continental Mabor put together a project charter to identify problems and review the scope of all teams and employees involved. They used a SIPOC diagram to lay out the extrusion process in detail. This highlighted the role each department plays to deliver the end products to the "customer."

For the measure phase, the DMAIC team put together a data-collection plan that included measuring the quantity of rejected material during the extrusion process. To ensure they were getting an accurate sample, they collected data for 30 weeks, conducting 10 three-hour trials every week. Once the measure phase was complete, they were able to determine the percentage of unused work based on material generated during the extrusion process.

Next, the focus turned to analyzing the 30 weeks' worth of data to search for the root cause of variation in the amount of wasted material. Using a fishbone diagram, the DMAIC team looked into the cause-and-effect relationship of inputs and outputs to see where unused material was being generated. Each potential cause was prioritized using a Pareto chart, so they could have a visual of which potential cause had the biggest negative impact. The analysis phase resulted in the discovery that one extrusion machine was not performing as well as the others, which led to a significant amount of excess material. Furthermore, they discovered the tread extrusion process had a faulty method of feeding the machines, which created stoppages.

Finally, with the changes in place, it was time to implement the control phase. The company collected data on how the improved processes were working. They found the amount of work from raw material was reduced by 5 tons per day. The improvements also had an impact on the bottom line of nearly $182,000 per year after factoring in the cost of the machinery improvements.